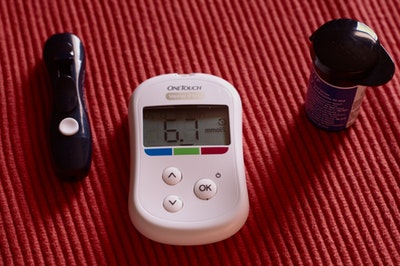 The Men Who Discovered Diabetes, One Experiment at a Time

Over 30 million Americans have diabetes – that’s over 9% of the population.

But who discovered diabetes? And what experiments led to the treatment options we have today?

Join us for a journey that spans thousands of years – we’ll answer these questions and many more!

It’s thought that the first person to describe diabetes was an Egyptian physician, Hesy-Ra, back in 1552 BC. He described a mysterious disease with symptoms of frequent urination and emaciation.

But you can also say that the first person to discover diabetes was the one who first used the term. This credit goes to Apollonius of Mephis in 250 BC.

But the first physician that tried to treat this disease was Arateus, a Greek physician, in 150 AD. He told his patients to exercise to reduce the need for urination and to drink wine to replace the fluids lost from the excess urination. These treatments were, obviously, ineffective and his patients continued to experience health problems.

The first documented use of the term in English wasn’t until 1425. Thomas Willis coined the full name, “diabetes mellitus”, in 1675, since the primary diagnosis method was the sweet tasting urine. There were actually “water tasters” that tasted this urine to diagnose them.

Matthew Dobson discovered that the urine tastes sweet because it contains a lot of sugar. He also was the first to describe the difference between type 1 diabetes and type 2 diabetes. He noticed that sometimes the disease was chronic, while other times it was fatal.

Apollinaire Bouchardat, a French physician, discovered the first potential treatment for the disease. He noticed that wartime food rationing improved the symptoms of his diabetic patients. So to treat diabetes, he prescribed personalized diets.

This was the treatment of choice for the next few decades and led to several fad diets. These consisted of a single-food diet of oat, milk, rice, or potatoes.

In the late 19th and early 20th century, three major scientific experiments determined how diabetes works. These experiments paved the way for treatments we still use today.

These two scientists from the University of Strasbourg discovered the role of the pancreas in diabetes in 1889. They were able to cause the symptoms of diabetes in dogs by removing their pancreases.

This breakthrough study demonstrated the importance of the pancreas for regulating blood sugar.

In 1910, this English physiologist was the first to discover and name the substance that diabetics are not able to produce: insulin. He discovered that producing insulin is a primary function of the pancreas.

Undeniably the most important scientific discovery related to diabetes was the work of these two scientists at the University of Toronto. In 1921, the two discovered a way to reverse diabetes in dogs.

After injecting an extract from a healthy pancreas, the dogs’ blood sugar decreased. They soon discovered that the key ingredient from this extract was insulin.

In 1922, James Collip and John Macleod purified the extract for use in humans. The discovery was so important that it received the Nobel Prize in Medicine in 1923.

Continued Progress of the Mid-20th Century

Widespread production of insulin began in 1922 by Eli Lilly pharmaceutical company. Soon, variations were developed. Protamine insulin, a slower-acting alternative, was approved in 1936.

In 1949, Rachmiel Levine discovered that insulin transports glucose into cells. This is also the year that Becton Dickinson and Company started to sell insulin syringes.

In 1955, the first sulfonylureas became available. These drugs help stimulate the pancreas to make more insulin.

In 1959, Solomon Berson and Rosalyn Yalow more distinctly define type 1 and type 2 diabetes. By measuring blood insulin levels, they found some diabetics are still able to make their own. They split the diagnosis into type one, which is insulin dependent, and type 2, which is not — Dr. Yalow would go on to receive the Nobel Prize for this work in 1977.

The Ames Company established itself as an important diabetes diagnostic group in the 1960s and 70s. In 1964, they introduced the blood glucose test strips — variants are still used today. In 1970, they introduced the first glucose meter so patients could check their levels at home.

These decades led to a better understanding of how the disease works. In 1971, scientists discovered that insulin receptors are on cell membranes. Scientists realized that problems with the receptors might be the cause of insulin resistance in type 2 diabetes.

1976 brought about the first insulin pumps. Their portable counterparts arrived on the market in 1978. However, these pumps were too large to be practical at the time.

These decades also introduced the idea of artificial insulin production for human use. In 1978, scientists created E. coli bacteria that could produce insulin identical to that which humans produce.

By 1982, the FDA approved insulin made by genetically modified bacteria to go to the market. Biosynthetic insulin called Humulin hit the market in 1982.

In 1984, scientists discovered that the body’s autoimmune response attacks insulin in type 1 diabetes. They found the 64K autoantibody responsible in 1990. They found that it attacks an enzyme, GAD, which normally helps the brain and pancreas communicate to regulate glucose.

In 1995 metformin, which prevents the liver from producing glucose, reached the market. This drug is still often used today.

In 1996, acarbose from Bayer Corporation hit the market. This drug slows carbohydrate digestion.

In the same year, Eli Lilly introduced Lispro, an insulin analog marketed as the “world’s fastest acting insulin”. It starts to work 15 minutes after it injected under the skin.

In 1997 Troglitazone, the first drug in a class called thiazolidinediones was approved. These drugs improve muscle cell insulin sensitivity. While that drug is no longer on the market, other safer drugs in the same class are still used today.

In 1998, Repaglinide, the first drug in a class known as meglitinides, was approved. These drugs stimulate insulin secretion when glucose is present.

In 2002, an anti-CD3 monoclonal antibody for type 1 diabetes is shown to slow the progression of problems with insulin production and help with metabolic control.

In 2005, Exenatide, an incretin mimetic for type 2 diabetes, reached the market. This drug helps with insulin production when blood glucose levels rise.

In 2006, JANUVIA (a DPP-4 inhibitor) was approved. It helps the body lower blood sugar by blocking GLP-1 to promote insulin secretion.

In 2013, one of the newest drugs to hit the market, Invokana, was approved. This drug is the first SGLT-2 inhibitor.

These inhibitors block glucose transport in the kidneys of type 2 diabetics. By blocking transport, glucose reuptake is prevented, and instead more glucose passes into the urine.

Now you know who discovered diabetes, as well as the amazing treatments and diagnostic tests that followed. It used to be fatal, but thanks to recent treatment options, the risk of death is at a historic low – especially with early detection.